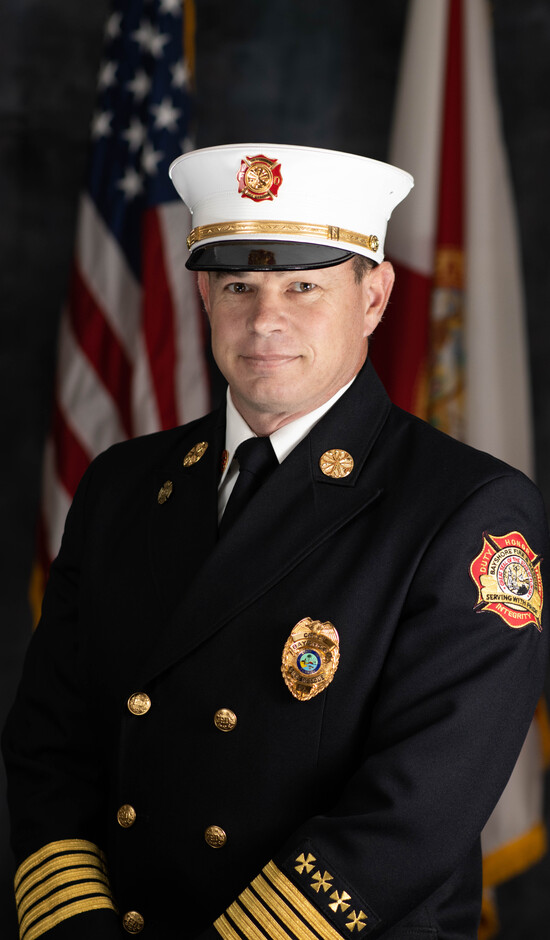 In January of 2021, the board of Fire Commissioners unanimously voted to select Doug Underwood as the next Fire Chief of Bayshore Fire Rescue.  He assumed the role in June of 2021. Chief Underwood is a native of Florida, born and raised in Lee County. He started his career in the fire and emergency medical services in 2000 with Bayshore Fire Rescue as a volunteer. In 2003, Chief Underwood became a full-time firefighter with Bayshore, where he advanced through the ranks of Driver Engineer and shift Captain.  During his twelve years as a shift Captain, he also managed other areas of the district that included serving as Fire Marshal and Fire Investigator.

Chief Underwood is a highly motivated individual who strives to lead the department providing the highest level of care and services to the residents of Bayshore.